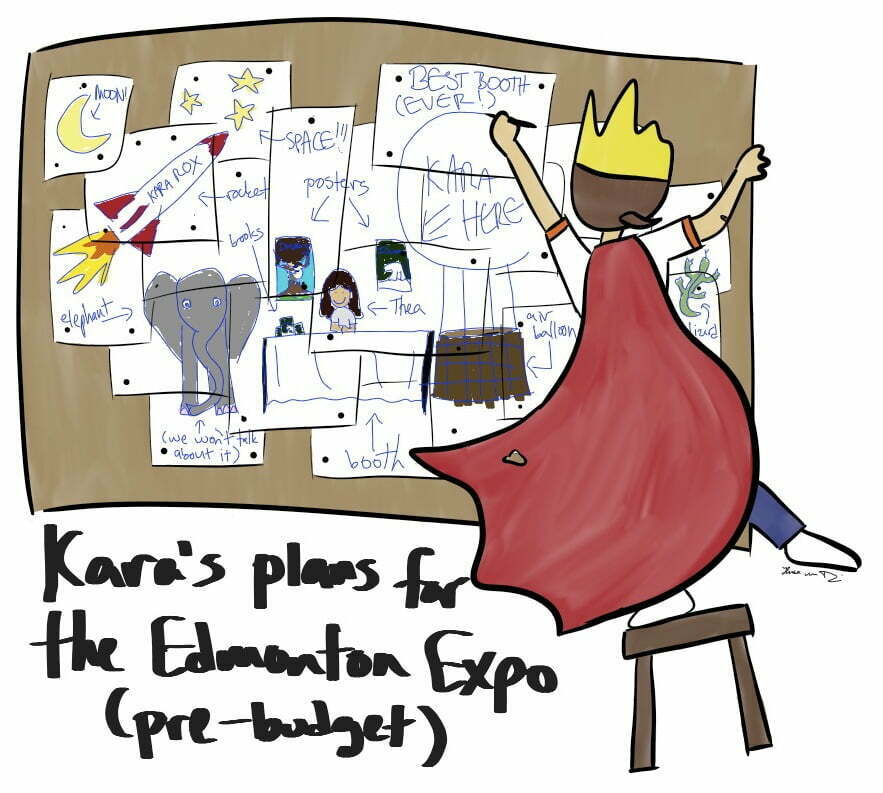 As you can see from the picture, Kara (and I) are in the middle of preparing for next weekend, aka the Edmonton Comic & Entertainment Expo. I'll be sharing a booth with All Star Sports Cards and Collectables, which is a really cool store in Edmonton with the most Doctor Who stuff I've ever seen in one place.

At the booth, there will be four different kinds of Kara the Brave buttons (two involving the Salamander, two involving Kara) and one kind of button for my first book, Dreaming of Her and Other Stories. In addition, I will also have copies of my second book, The Illuminated Heart, and I will be signing any and all copies of that that come my way.

So, if you find yourself at the Expo next weekend, come by and say hi! :) And now, if you'll excuse me, I'll have to explain to Kara that, yes, we really do need to talk about that elephant.

7 thoughts on “Kara Preps for the Edmonton Expo”